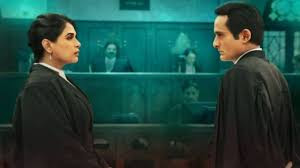 Akshaye Khanna and Richa Chadha have time again showed just what they’re capable of on the big screen. Now, the two will be sharing screen space in their new courtroom drama Section 375. Akshaye will be playing the role of a criminal lawyer named Tarun Saluja in the film, Richa Chadha will be seen in the role of public prosecutor Hiral Mehta. The film revolves around a court case of a rape accusation against filmmaker Rohan Khurana.

Earlier today, production house T series shared the first look of the film along with announcing the unveiling of the teaser tomorrow. The caption read, “Another case filed against a renowned Bollywood director. The fight for justice has begun. #TeaserOutTomorrow #Section375 #AkshayeKhanna @RichaChadha @MeerraChopra @RahulBhatActor #AjayBahl” 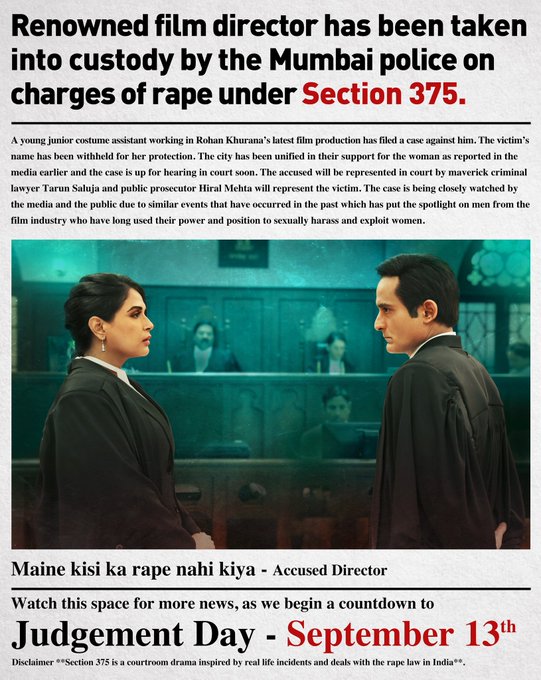 
22 people are talking about this 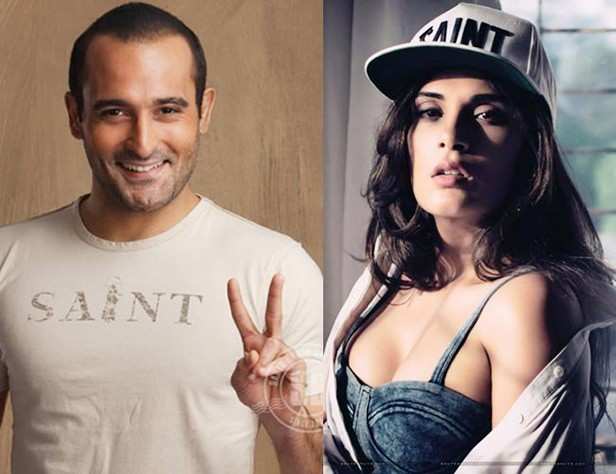 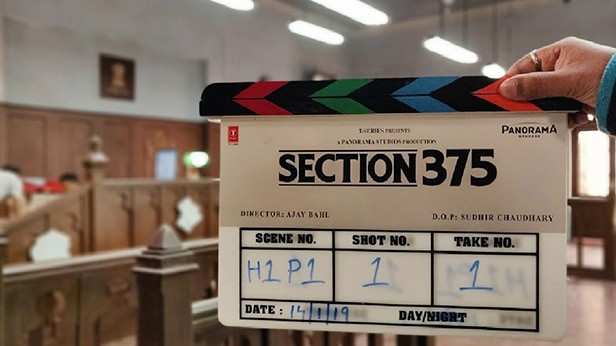